STORY OF THE YEAR

Homeless people are a growing challenge of urban societies and a problem that will increase if no imaginative interventions are made.

People in Cape Town are confronted on a daily basis by an increasing number of people living on the streets. The lack of effective and humane solutions evokes strong feelings as the sight often leaves one not knowing how best to respond.

Streetscapes offers street people caught up in the criminal justice system, and with chronic and progressive drug / alcohol addiction a second chance. By creating work opportunities that are rehabilitative and reintegrative, it provides this vulnerable population with a real opportunity to rebuild their lives which reducing crime and grime in the inner city.

It’s a ‘hand-up’, not a handout.  Work provides income, routine and structure and dignity allowing participants to be useful again. It also builds cross-class cross-race contacts. These social networks are proven a necessity for those navigating their lives out of poverty.  Over time – and at their own pace – the beneficiaries learn to replace destructive thinking and behaviour habits with healthier ones; to make better choices leads to managing one’s life better.

Success is measured by improved functioning as our beneficiaries start to reconnect with their own value in their lives, in their family relationships as well as in society. What we witness is drastically improved mental states, reduction in the use of substances, starting to look after one’s health and importantly, moving off the streets. Seeing our clients reconnect with their families and starting to contribute financially in their children’s or parents’ lives makes us proud.

And society rejoices when someone who has been a cost to the taxpayer has now become a taxpayer! The burden of the cost of arrests, court hearing, nights in holding cells or awaiting trial in Pollsmoor Prison as well as reduced number of emergency room visits at hospitals are all public savings.

In contrast to normal perceptions we have found street people to be highly motivated to build and rebuild their lives. Daily attendance is over 90% and we witness a significant reduction of substance misuse in the first three months.  In the past 12 months amongst our group the number living on the streets dropped from 91% to 13%.

The project is based on partnerships. Our key partners are the Provincial Department of Social Development, City of Cape Town, Central City Improvement District, The Carpenters Shop, Service Dining Rooms, TB/HIV Care, University of Cape Town and a number of resident associations, NPOs and volunteers. Additionally the produce from urban gardens gets sold to restaurants and markets in the city as well as the residents.

In 2017 – 2018 year Streetscapes assisted a total of 40 beneficiaries, 33 who joined the programme and 7 who continued from year before:

PLEASE ASSIST US BY DONATING SO THAT WE CAN BE ABLE TO PURCHASE GARDEN SUPPLIES, THANK YOU: 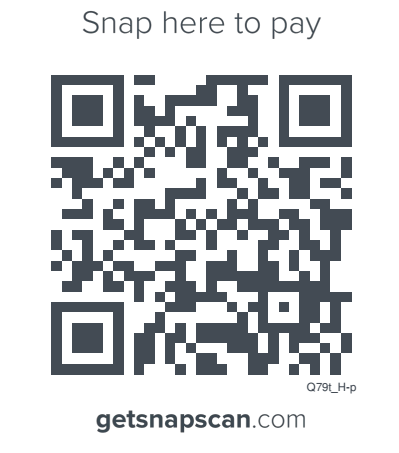 In Event of queries, you may contact our financial manager.

“I can now go out there, work and encourage other people to find a program like this.”

For 43 years, John Morley lived on the streets of Cape Town, sleeping on the pavement outside the South African parliament. His downfall began when he was stabbed, while aboard one of the deep-sea fishing boats on which he worked.

He became disabled and could no longer find employment as a fisherman. He started drinking heavily and lost contact with his family. For decades he eked out an existence by car-guarding and begging for hand-outs.

Khulisa offered John a lifeline when he joined their street cleaning pilot project for the homeless. Five months later, John had stopped drinking, moved back with his family and assumed a leadership position within the group, taking responsibility for the stock room where all the brooms, spades, clothes and bags are stored. He helped develop a set of rules and a stock register, and nothing went missing under his watch.

Having proven himself as a reliable, hard worker, with a passion for farming, John Morley will ‘graduate’ from the pilot project to start farming commercially in a city garden. Two major food retail chains have already confirmed that they will guarantee him a market by buying his produce.

In early 2015, Khulisa Social Services launched a pilot project in response to the growing problem of homelessness on Cape Town city streets.

We see increasing numbers of marginalised South Africans begging at intersections, sleeping in shop doorways and rummaging through rubbish bins for a bite to eat. While the well-intentioned give them small change, clothes and food, this is not a long-term solution. What can be done to help them break out of this cycle of despair?

“These are the people who fall through the cracks of society”, says Jesse Laitinen, Manager of Strategic Partnerships at Khulisa. “Many participants had been stuck in a cycle of petty crimes and bylaw offences like aggressive begging. With no fixed addresses, these citizens had limited access to social workers. They were constantly being arrested, placing strain on the courts and re enforcing a destructive and demoralizing cycle.”

Funded through the City of Cape Town Expanded Public Works Programme, Khulisa’s project provided vagrants with personal development programmes and opportunities to earn an income in order to help reintegrate them into society. Participants were paid a fortnightly stipend, enabling them either to return to their families with something to offer, or to pay for themselves to stay in a shelter.

The project as received funding from Ackerman Pick n Pay Foundation and Central City Improvement District. With the support Khulisa is setting up non-profit micro-enterprises in farming, baking, recycling and composting.